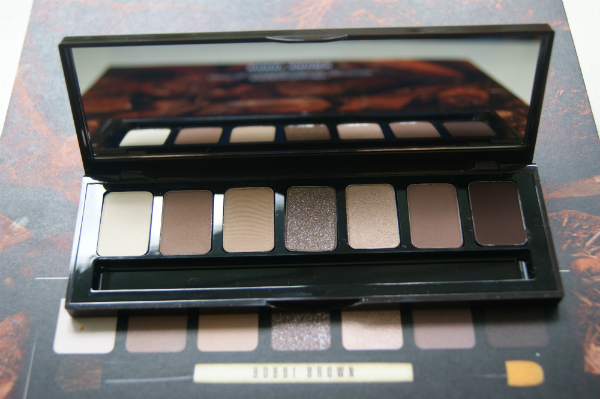 What Bobbi Brown does best is produce wearable colours that anyone can use, but the downside of that is that if you’re already stocked up on Bobbi, you will very likely already have similar, if not the same, shades. And, if I’m being ultra-picky, the finish on this isn’t great with a couple of the pans set into the palette slightly wonky.

However, nobody does browns like Bobbi; from flat mattes to rich shimmer the Rich Chocolate Eye Palette is pretty well perfect. I think Bobbi fans will have a hard time staying away from this when it launches in September for £39.50. *UPDATE: Just launched early HERE.

The three gloss shades that go with the collection are my dream glosses (as is just about every Bobbi gloss) – above Pale Pink and Tea Berry but not shown is a bitter chocolate shade with pink undertones called Chocolate Raspberry that I’d buy in a nano-second. They’re both limited edition shades (although Chocolate Raspberry is billed as a new shade which is confusing) and will cost £18.

A couple of powder blushers and two lipsticks complete the line-up. It is, as expected, so wearable and a bit like buying your winter coat – something dependable, warm and will see you through the season in style.