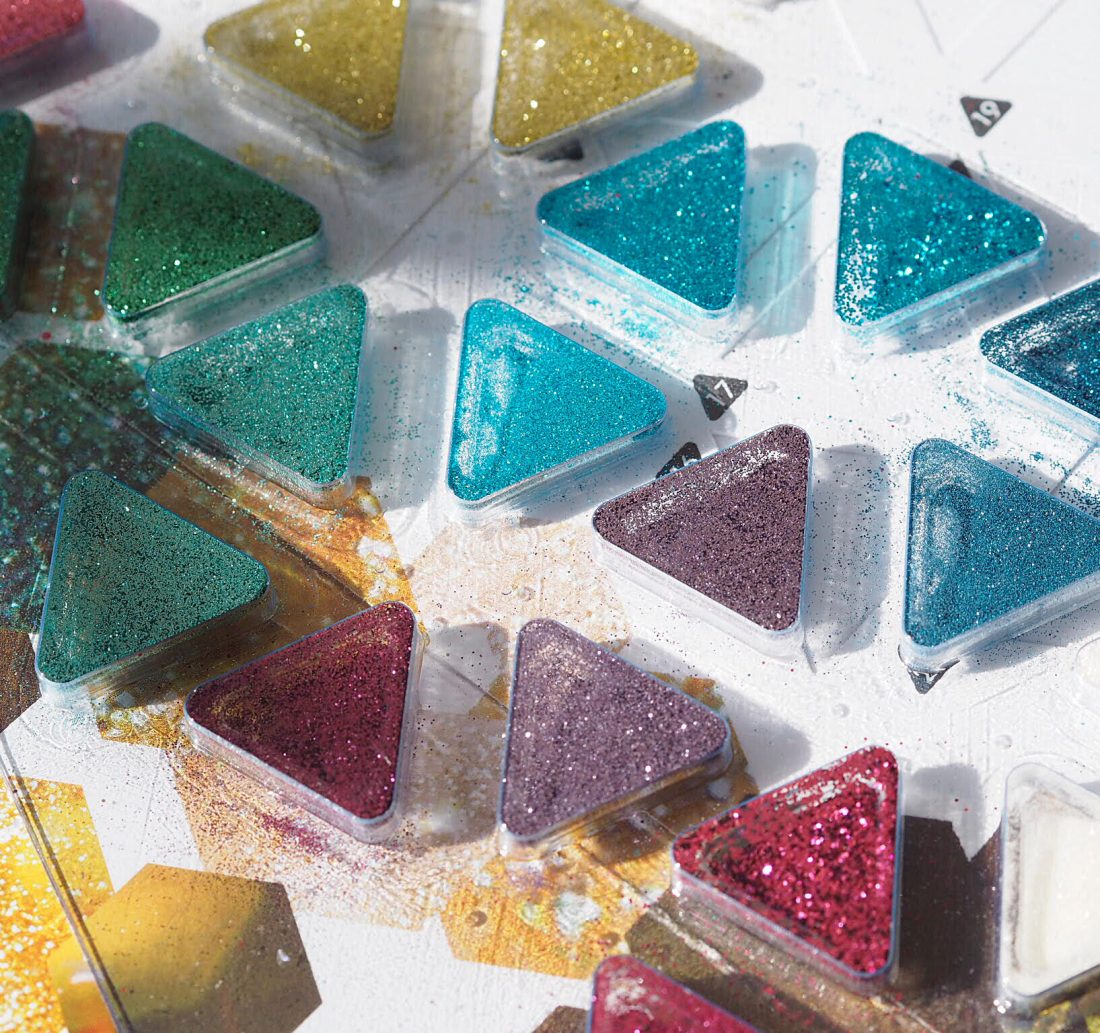 I know from reader feedback (and generally just reading the news!) that what happens to glitter commonly used in make up after it’s been on our faces. The truth of it is that it IS damaging – filter feeding animals in the ocean easily ingest these tiny particles and consequently, they end up in the food chain. Glitter is, in effect, a micro-plastic. The biggest offenders of micro-plastic waste are rubbish (general lumps of plastic from the breakdown of larger items) and micro-beads (now widely banned). Glitter, however, plays a very, very small part in ocean pollution – according to the National Ocean Service 80% of pollution comes from land as run off. One of the biggest offenders in run off comes from vehicles – tiny droplets of oil from millions of vehicles make their way into the sea, as does fertilizer and even air pollution that settles into waterways. Glitter is not a huge culprit in the grand scheme of things, but that’s not the point. If it’s possible for the cosmetic industry to switch to bio glitters, then they should. And it is absolutely possible. They should also give up palm oil or invest heavily in sustainability, but that’s a whole other story!

When I went out with ingredient distributors Cornelius a couple of weeks ago, Rachael showed me Cosmetic Bio-Glitter from a company called Ronald Britton Ltd who are leading the way in biodegradable glitters.  From September, they’ll have 100% biodegradable glitter, and for now, it’s 92% biodegradable which means depending upon the weather conditions it degrades at about the same rate as say, leaves. It’s interesting to note that the Festival industry is a huge driver for biodegradable glitters – they don’t want their land flooded with plastic glitter that never goes away any more than anyone else would.

So, I’ll run through the specs so that if you want to challenge any cosmetics brands, you have the facts at your fingertips although the great news is that huge beauty brands have already jumped on this and its being incorporated into beauty products as we speak. Cosmetic Bio-Glitter is made from eucalyptus as a biodegradable film. The eucalyptus is sourced from responsibly managed plantations. It has no discernible antimony level (i.e. none) whereas polyester glitters can have quite high readings. It’s compostable, suitable for anaerobic digestion (i.e. microorganisms can break it down), it’s biodegradable in marine and waste water and it’s not tested on animals.

So, the bottom line is that biodegradable glitters are filtering into our beauty system at a fast rate – everyone wants it so biodegradable being the norm is not that far off. If you like to do your own glitter mixing, you can find bio-glitters HERE and if  you want to read more about Bio-Glitter from the manufacturer, go HERE.