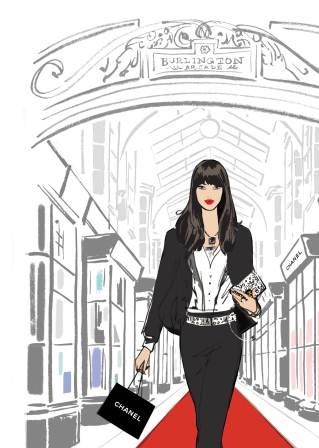 Did anyone else notice that beauty stand-alone stores are now definitely a thing? When Chanel opened up their beauty store in Covent Garden, and Dior followed suit next door, with Burberry bringing up the rear, who knew they were the forerunners of a trend that’s going to change our high streets?

Brands have realised that consumers don’t necessarily just want a selection of products in retailers such as Boots; they want the whole brand immersion with hundreds of beauty items to choose from. Kiko, whose Regent Street store is never empty, has the right idea. I believe that their flagship could be a forerunner to many, many more Kiko stores opening in the UK. If you check the Kiko website, stores are now listed for Derby, Newcastle-upon-Tyne, Bath, Nottingham and Brighton to name a few, although I don’t know if they’ve actually opened yet. It’s rumoured that the Kiko Covent Garden store is paying the highest ever rent in that area.

So, when one brand stops consumers from entering multi-brand stores (such as department stores) by offering the 360 degree experience in their own bricks and mortar store, other brands will be looking sharply at the effects.

NYX is a brand that has recently experimented with a pop up in Selfridges and it would not surprise me in the slightest if NYX stand-alones begin to roll out in the very near future. We’re not even talking the odd shop or two – I genuinely think that it won’t be an unfamiliar thing over the next few years to shop your beauty in a stand-alone and not have to rely on a Boots or Debenhams edit.

Both Clinique and Bobbi Brown have relatively new stand-alone stores in Covent Garden (quickly becoming a beauty destination in itself) and Charlotte Tilbury is lining up to open there, too.

Behind the scenes, brands heavily monitor each other. If one brand sees a threat to their existing customer base, it will take action to block the threat. So, when a like-brand goes stand-alone, their competitors will follow suit – preferably next door, as we can see with Dior, Burberry and Chanel.

We’re on the cusp of the battle of the stand-alones right now, which has to have department stores and high street beauty retailers quaking in their boots. It’s especially interesting that NYX has just launched into Boots (HERE) if they are, as I think, planning a tranch of stand-alones.

US beauty YouTuber Michelle Phan has parted ways with L’Oreal. Interestingly, her beauty line, Em, in conjunction with L’Oreal, has been sold to Ipsy, Phan’s own subscription box company, valued at over $500 million. She’s even considering giving up her beauty tutorial videos which will leave 8 million subscribers weeping into their gloss.

It had to come…. It’s rumoured that YouTube is going to offer a subscription service for programming commissioned by YT itself. Yes. That you pay for. I genuinely think that it’s only a matter of time before it won’t be about special programmes and that it will become the norm to pay for views. Thinking of some of the bigger YouTube stars who have millions of views – even at a penny per view, which seems nothing to the consumer, 8 million pennies later, and that’s a good return for YouTubers.

Okay, so this is interesting. Coty, flush still with money even after buying up so many beauty brands recently, has bought Beamly, a digital marketing company. Basically, if you do anything much on social media, Coty is coming after you.

So, Raf is deserting Dior after 4 years. It was never long enough for his aesthetics to impact on Dior beauty (with this Christmas collection looking pretty much the same as last year’s) so if you’re not in the slightest bit interested in fashion, be as you were because there was not one jot of a change in the make up.