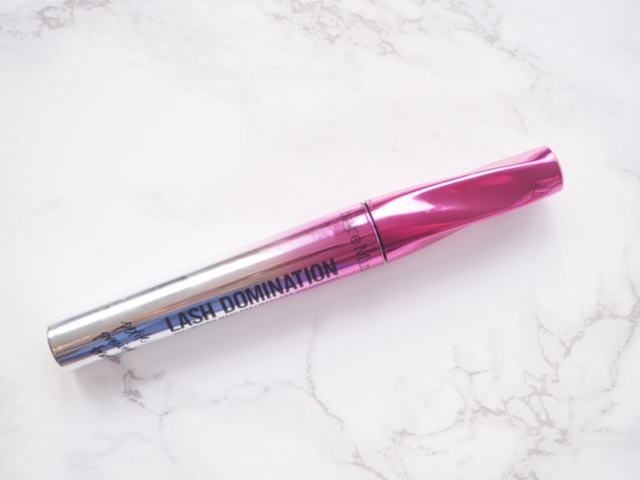 It’s so timely that this mascara has arrived on my desk. I bumped into a work friend on Wednesday and we got talking mascaras. She has short lashes which she likes to look very defined (and they do) but was having a problem finding a new one because all the brushes are too big and she can’t be as exact as she wants to be. Defined and spiky is the perfect solution for short lashes rather than aiming for massive volume which can look too dramatic for every day wear.

As you can see, bareMinerals Lash Domination Mascara Volumising Petite Precision Mascara has a smaller, skinnier brush than many mascaras. My lashes aren’t short, but they’re not long either, and I’m finding that the bigger the brush gets, the more I feel that those zillions of bristles that are supposed to grab and extend are literally just skirting over top of my lashes and coating rather than doing any grabbing or comb-though. They’re just too big! Not so with the brush above. Although it talks a big volumising game, in reality, it’s very good at coating individual lashes rather than coaxing them into one big lash fringe. There is a bit of volumising and lengthening, but I’d flag this as a short lash gal’s new best friend!

It’s launching onto QVC on 6th March – I don’t yet have a price for it.