Are You Beautiful Enough For Social Media? 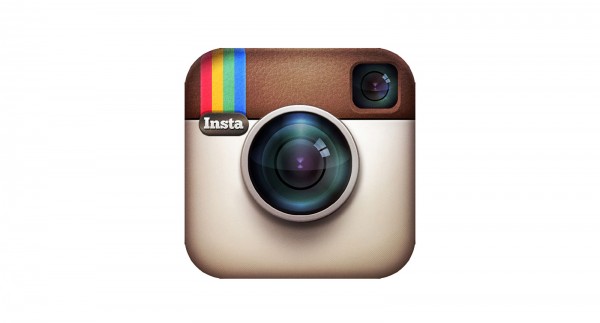 I spoke at a marketing conference a couple of weeks ago: although I was there to talk about the current fail of marketing to older people, I touched on another subject. What I’ve very much noticed is that older women are far less judgemental about the looks of others than younger women are, and I mentioned that what’s knocking the confidence of millions of younger girls is actually younger girls!

My words were that for beauty brands to be interested in you for social media, you need to be a) young and b) beautiful. Young isn’t enough. At the end of the panel debate, a young woman came to speak to me, and without disclosing too much of what she said, she cried because those words had touched a very raw nerve for her.

It’s actually not that unusual for there to be tears around the subject of beauty no matter what your age. In fact, now I think it about it, it happened the last time I spoke at a panel. Your perception of your own beauty is such an emotional thing at any age, and sometimes hearing someone speak about it can be a very painful experience. Not feeling pretty enough is an absolute epidemic.

However, because I’m across multiple channels, I can see that the very worst channel for making you feel that you’ll never cut it with a selfie is Instagram. Likes and followers are your approval currency – I have seen young women literally panicking because they don’t have enough likes – the more likes you get, the prettier you must be, right?

Women aren’t just influenced by each other – our beauty brands have a big part to play in what is deemed as beautiful. I watch several beauty brand accounts who will only regram or feature young women who are flawless and filtered. NYX has a lot to answer for on this one as they’re one of the very worst offenders. NYX is part of L’Oreal. I have never seen a regrammed or featured selfie by NXY of a) an older woman, or b) a young woman whose eye-whites aren’t practically neon because they’re so filtered. No, they’re picking out their social ambassadors entirely based on an image that’s very far from the truth.

I have several brands that are 100% banned on my site – Bondi Sands Self Tan is one; Frank Coffee Body Scrub is another – because what they promote isn’t so much the ‘ideal’ but the impossible. Bondi Sands is particularly annoying because they intersperse it with motivational quotes and pictures of doughnuts amongst the impossibly slim women. It could not give more of a mixed message if it tried. Dropping in an occasional picture of someone of average body proportions in amongst a sea of ribs isn’t enough to negate the thin message.

The funny thing is that these brands, and many others besides, have such a skewed view of beauty and a very tight string of what’s appropriate to sell their brand, that they’ve failed to realise they’re contributing to a massive problem that will one day will bite them on their perfected butts. All the young women who don’t feel thin enough or pretty enough will one day be adults who have daughters themselves. This can go one of two ways – either they’ll end up with daughters who feel as insecure and worthless as they feel, which doesn’t really bear thinking about, or they’ll furiously discourage those daughters from ever being caught up in the perfection race in the first place. Miserable, unhappy women who hate their own faces and bodies because they don’t conform to brand imagery on Instagram won’t be a future consumer base. There are multiple brands with a wider view of beauty who will make women feel better, happier and more confident and they’ll take the ££s.

It’s actually a mental health issue; you name it, there are multiple complex confidence issues that stem from insecurity about looks. Brands that insist on only portraying perfection at all times have something to think about. It’s when a gorgeous mascara or a wonderful skin oil becomes only for the ‘beautiful’ that you end alienating multiple age levels of women and very far from inspiring them to become more beautiful, you set off a complicated emotional chain that’s very hard to deal with.

Brands have to sit up and listen to the growing epidemic of young women who are consistently feeling worse about themselves and entirely apart from the imagery they see. Brands are happy to take their money but not happy to take any responsibility in perpetuating unrealistic and unattainable images. Instadysmorphia is just waiting to happen. The girl who cried at the conference was completely lovely – in anybody’s eyes, pretty, but because she didn’t conform to a particular popular look she couldn’t see any of it in herself. It’s bothered me for weeks, this one.

You know what is really attractive? Confidence. Vibrancy. Kindness. Humour. Competence. Empathy. Smiles. Laughter. You can’t contour your way into any of these, but you can cleanse away everything that doesn’t make you feel good about yourself. You’re the customer, and you are ALWAYS right ;-). I think you’ll very much find that people are drawn like moths to a flame to all of the above in terms of what makes them want to spend time with you, but virtually never to a perfect contour or a non-clumpy lash. I’ve never known either of those to be a deal breaker.

Home › Article › Are You Beautiful Enough For Social Media?