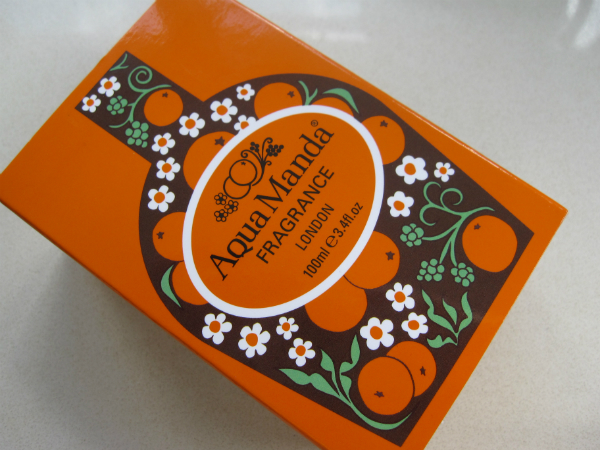 Aqua Manda is back! For anyone born past the 1970’s will wonder what the fuss is about, but Aqua Manda was the iconic high street fragrance that everyone had. It’s an oriental floral (the original creator has advised on the re-make so it’s apparently very true to the original) that is incredibly long lasting – it would put modern fragrances to shame – and for many it will be a olfactory reminder of flared jeans, platform shoes and huge false eyelashes (that fell off alllll the time).

Originally, Aqua Manda was made by a company called Goya in 1947 and became the top selling perfume of the late sixties and early seventies. Inexplicably, it was discontinued in 1975 and disappeared completely until its revival today. I think there is going to be huge interest in this, not only from people for whom it was an olfactory stamp of their childhood and teens, but also from the current vintage revivalists. There’s even a ‘Bring Back Aqua Manda’ Facebook page so the fragrance already has lots of fans.

In some ways it is an old-fashioned fragrance – but with spices and citrus it has withstood the test of time. You can buy from November 4th HERE.