I’ve had a bit of a soft spot for Alexandra Burke ever since last London Fashion’s Night Out when we were in Mulberry at the same time. I had two young friends with me, one of whom had had some beautiful Dior Velvet Eye liner put on her at an earlier event. From out of the blue, Alexandra leapt up to her and told her she looked amazing and her eyes were fabulous. When you’re 16 and that happens, it sends your confidence off the scale upwards and my friend was someone who really needed that boost. Alexandra made her night when she needn’t have. And that’s kind of the thing with Alexandra; she is so.. well, normal. Very unstarry, very down-to-earth and completely approachable. She is a relentless chatterer and if she wasn’t surrounded by ‘management’, she’d probably never get anything done because she’d stop to chat with everyone. 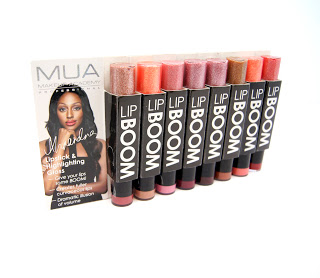 I met Alexandra properly last night at The Rose Club where she was launching her lip glosses, Lip Boom, a collaboration with MUA. I reminded her about the evening in Mulberry and she remembered my friend and she remembered the entire conversation so I was really happy to have the opportunity to say thank you to her, because it meant so much.
With almost any other collaboration, I might be sceptical about ‘involvement’. However, because Alexandra just says it how it is, she confided that MUA had offered her the opportunity to just put her name to the brand with no commitment on her side to have anything much to do with the actual product. But, she was adamant that she wanted to be involved – fully. So, in this case I do believe this to be true (I went to one launch of a fragrance years ago with a celebrity launching their new fragrance which ‘was a blend of all her favourite, meaningful’ scent notes, and could barely remember even one of them when asked!).
Alexandra was like the proverbial child in a sweet shop surrounded by Lip Booms at the Rose Club, and this enthusiasm goes back to her childhood. “My mum used to buy me those dolls heads and I’d practice putting make-up on them; and my younger brother!” She wasn’t allowed to wear make-up until she was 13 and even then, never at school. “I got pocket money once a month and saved half and spent half – on make-up in Superdrug.” She drags her sister over, saying, “Shaneice, Shaneice, didn’t we used to go and hang out in Superdrug every day after school looking at all the make-up and we couldn’t afford to buy it?” Shaneice confirms this. Lip Booms will retail for £3.
Alexandra stresses that she wanted colours for all ethnicities, and wanted it to be affordable (for the girls that still hang out in Superdrug after school as well as an older, more established beauty consumer). “Make-up is cheaper than diamonds but still makes you feel really special and beautiful.”
Each Lip Boom shade is named for a catch-phrase of hers – and she has plenty that she uses liberally.. a favourite is ‘it’s a situation’ to describe an awkward moment. I love that. So, what’s different about Lip Booms? I’ve tested them, and there is no way in the world we can compare these to higher end brands, but at £3 each, who wants to? They’ve got lipstick at one end, shimmery, highlighting gloss at the other, and a tiny capsule lid that contains a top up, more densely pigmented gloss. It’s a strange combination but I haven’t seen anything like it before so for newness it scores well. The products are quite highly scented, so if you love your gloss sweetly scented, you’ll be an immediate convert.. the scent reminded me of freshly baked cup-cakes.
Alexandra Burke Lip Booms launch on May 9th in Superdrug.