Alexander McQueen At The V&A 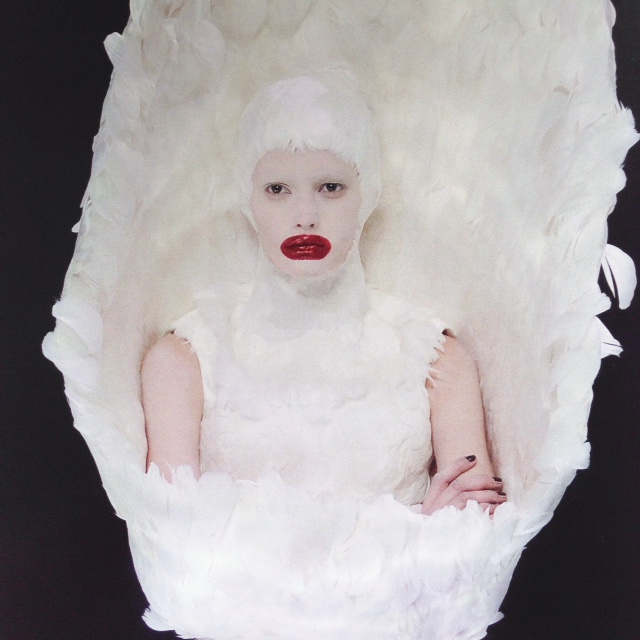 So, last night I had the very great pleasure of going to the Alexander McQueen At The V&A exhibition. I know the tickets are all sold out so I won’t bang on about it, but it is amazing. (NB: It’s apparently NOT sold out so go, go, go! Thanks to everyone who flagged this up.)

However, I had a little bit of a revelation and it’s something I actually feel quite guilty about. In the image for this post, which is Look 42 from the Alexander McQueen The Horn Of Plenty show, you’ll see that the make up look is extreme. At the time of this show, I remember writing about how ridiculous it was; how stupid and basically, how ugly. I’m not especially a fashion follower and have never been caught on the fan tide for Alexander McQueen. But seeing the exhibition, of a representation of the body of his work, I feel stupid now that I didn’t see in that extreme make up look what he was trying to say with it. Far from being ridiculous, the looks are amplified, different and challenging – like his clothing and his attitude to fashion in general. Taking make up to its boundaries and edges of possiblity and probability, it was as statement making as the man himself. In context with the body of work I saw, those lips stopped looking silly and began to be something magnificent and graceful.

It was quite emotional really. I wish and wish that I’d seen in it then what I can see now. I guess you could say that Alexander McQueen had visions about form and face that were well beyond what even the make-up industry could bring to the party.