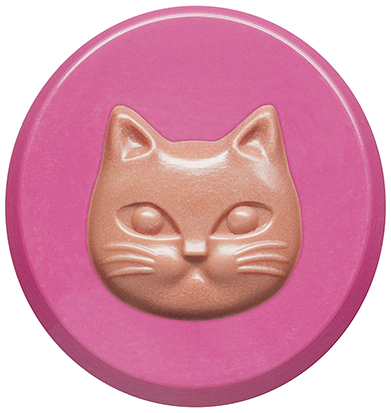 You might well ask who or what ICPEN is. I can’t say that in my entire blogging career I have heard much about them but the organisation is a global network of consumer protection authorities from nearly 60 countries. They’ve published some guidelines for blogs (which worryingly they’re still calling web logs – most bloggers don’t even know that a web log was the original term for a blog!) and other online sites (vlogs, micro-blogs) that also includes online magazines and newspapers. This is an important point.

So, it’s pretty much as you’d expect with the key points being:

As you might imagine, the devil is in the detail here, because the guidelines are more specific when it comes to gifting, and considers free clothing, tickets or ‘incentives’ as items to declare within any online review. I rarely see online magazines or newspapers declare anything like this although I often see bloggers declaring. I keep a general declaration on each of my posts that says product have been sent free of charge for review unless specifically stated. There are so many permutations of ‘incentives’ that this is going to be impossible to enforce.

For example, I recently posted on some inexpensive jewellery for Accessory Wednesday. It was not sponsored and nor did I have the product or any relationship with the brand – I had simply seen it as something I liked and thought my readers would like. It wasn’t even a review – more of a ‘these are lovely’ kind of post. The brand has very kindly, over a week later, written to say they loved the post and would like to send a thank you in the form of a bracelet. Bearing in mind it’s well after the post, is that a declarable thing? Is it an incentive to post again disguised as a thank you gift? There is nothing whatsoever to indicate it’s the latter – I’ve taken it just as a genuine thank you (which I believe it is) but worry about how that could be misconstrued in a ‘guideline’ context.

In the same way, is a lunch with a PR considered an ‘incentive’? PRs are now sending emails to online influencers (hate the term but using here it as a catch-all) asking us to declare that products have been sent for free (most of us do this anyway) but there is no onus on them in any of their online presence to declare what they have sent us. Which doesn’t seem fair because we’re not in control of what comes through our door. A lot of it is un-asked for and just arrives. This week I’ve been sent a hat, a make-up bag and a shopping bag (canvas) – all illustrating the theme of the product that they arrived with. Are those incentives? It’s very unclear and to be honest, it wouldn’t occur to me to mention that along with X product I received a straw hat that I’ll never wear. It was literally no incentive at all and certainly wouldn’t skew a review.

For online influencers, these ‘incentives’, if indeed they count as incentives, are what allows us to do our job. We need relationships with PRs to be able to provide good content, and we need products to review. But declaring a straw hat as ‘free clothing’ seems to be overkill. I get it about free holidays and big ticket items but it’s the smaller detail where nothing is clear at all. I don’t see my product samples as ‘free goodies’ – I see them as tools, and in the same vein, just because I got offered a sandwich at lunchtime doesn’t mean I’m leaping around with glee at my ‘free’ lunch and ready to say any old fibs about a product. My recent Fitflop post is a good example.. I usually offer to return fashion samples (and sometimes beauty) that I’ve used for photography.. in this case, a return wasn’t required, but in my head, because I am an avid Fitflop consumer (and 8 years of blogging about them will confirm this), it’s neither here nor there that they were press samples. I’ve got multiple pairs, most of which were bought and paid for like any other consumer!

It’s all very well having guidelines, but it’s very clear that online is not understood in detail by those making them. Do you ever see an online magazine saying ‘we were sent these lipsticks for free?’ Never. You also never see declarations of the kind of casual gifting (which is far more prevalent in that world than digital) that goes on on a daily basis.

Lastly (and I’ll link you in at the end so you can read the document in full), there needs to be a ‘full declaration’ of any commercial relationships regardless of whether the influencer has been paid. This is also truly problematic. If I consulted for a brand several years ago, and I’m writing about their product today, in real time, do I have to say that back in 2010 I did some paid consultancy for them? It doesn’t have any bearing on the here and now and there isn’t enough detail in that guideline for anything to be clear. If you take a big corporation, with multiple brands, how does this work if you have worked with one brand in a paid for capacity under the main brand umbrella but are now talking about a different brand under the same umbrella, does that have to be declared? If so, as a reader, you will find more declaration than useful beauty information.

It’s all very well to sweep a set of guidelines at us, but unless they have much more detail and fuller understanding of this very fluid medium, they’re impossible to adhere to because they’re just not clear enough. The main points are what most bloggers/vloggers do as standard – those that don’t are fairly obvious and then as a reader you have a choice whether to continue on as a reader/viewer or not. The document doesn’t give any kind of clarity on what sanctions could take place if the guidelines aren’t adhered to – if indeed there are any sanctions at all.

Most online influencers are very happy to adhere to basic declaration guidelines, but one size doesn’t fit all and that’s the main problem. The implication (yet again) that bloggers/vloggers are living in the lap of luxury surrounded by ‘freebies’ trying every day to fool our readers is so irritating! Good luck ICPEN on trying to herd them cats.