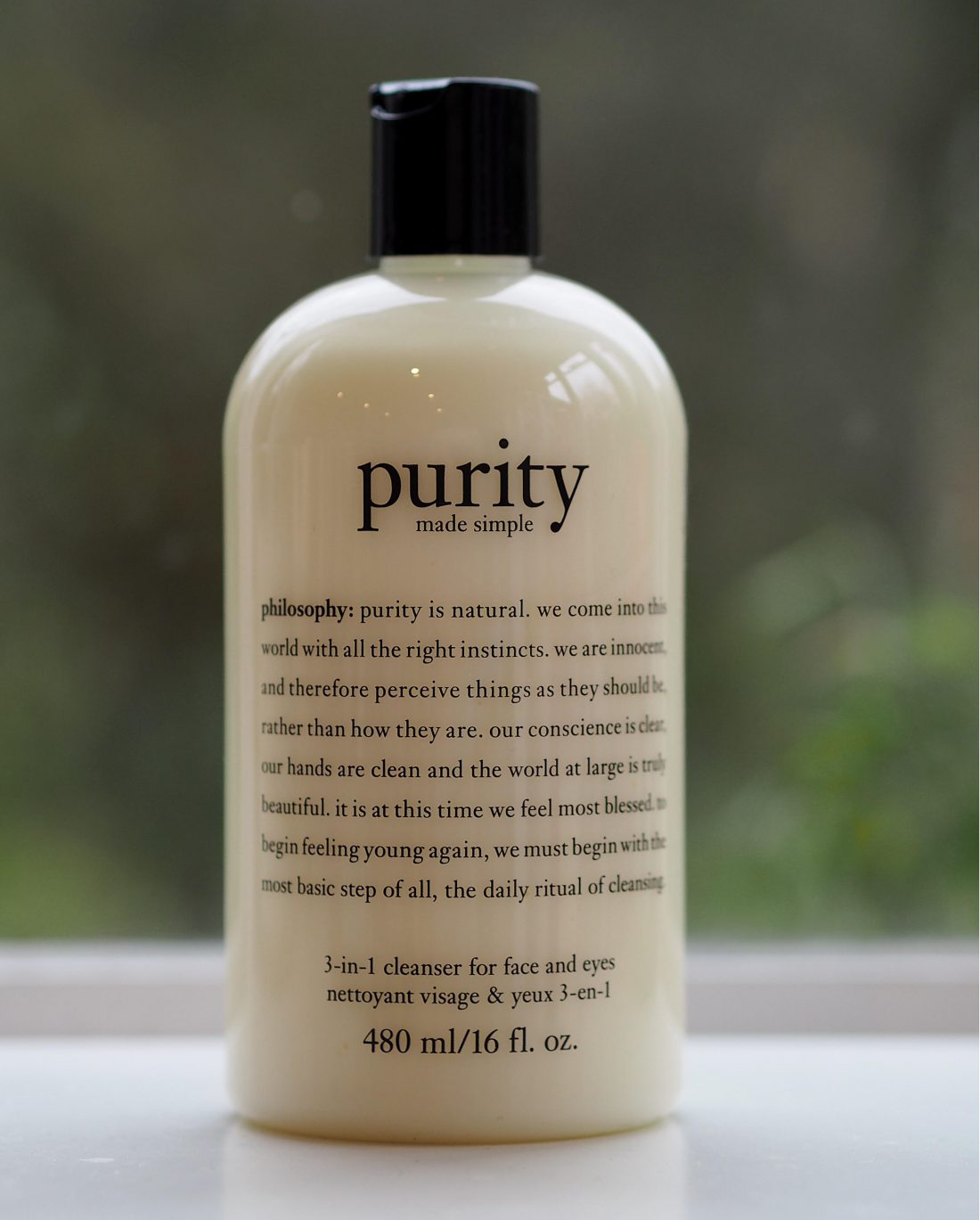 [sample/affiliate] One of the nicer things that happened just before Christmas was a re-introduction to Philosophy. I love this brand and wish that it was more readily available in the UK. I have some vague memories of Philosophy launches when it was top of its game and very much sought after but these days it has somewhat faded out of the limelight. Which is a shame. Purity Cleanser is the perfect cleanser to keep in the shower for a daily skin softening cleanse.

It’s more of a skin cleanser than a make-up remover but you should never feel any tightness from it and thanks to the meadowfoam seed oil content, it’s remarkably softening (similar to using an enzymatic cleanser) and gentle on the complexion. I like it as much now as when I first used it – and when I think about it, it must have been a front runner in the use of meadowfoam seed oil – subsequent brands such as Fresh hailed it a new and expensive ingredient and all along there was Philosophy using it in abundance and not charging the earth for it.

Put up against artisan fragrances, Philosophy scents probably wouldn’t fare well but if what you want is a simple daily fragrance that will sit well on your skin and be sweetly floral and soapily pleasant, Amazing Grace is exactly the thing. There’s a nuance of lily of the valley which is probably what draws me to this blend and a soft bergamot note but I think what you may notice most is the ‘clean’ impression. I’ve found it for £30.89 (instead of the RRP of £35) HERE, and £19 HERE for 240ml cleanser although I think there is a small £9 option at Boots. Your non-aff link is HERE.