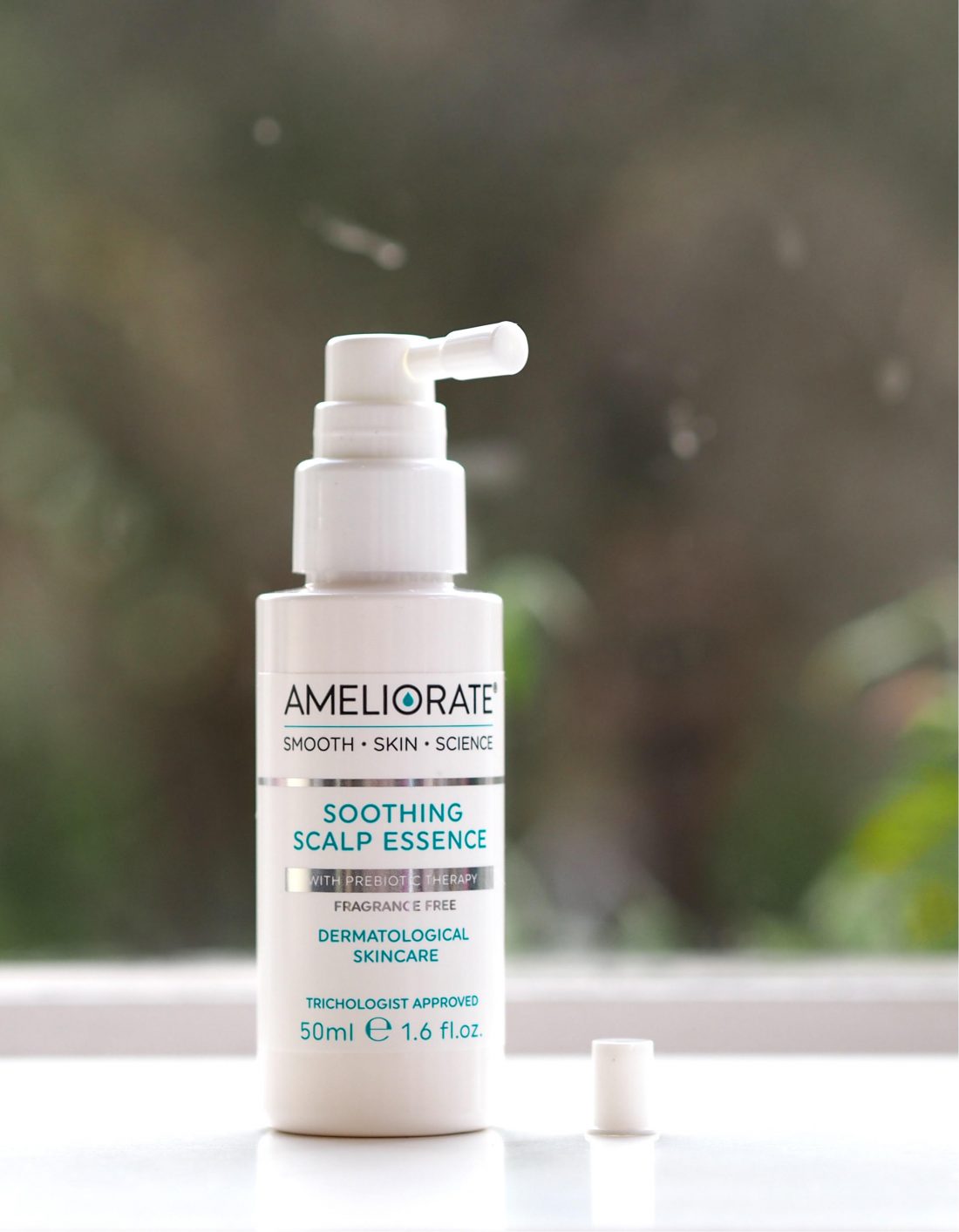 [sample/affiliate] I posted about the new Ameliorate sensitive scalp range, glibly stating that I don’t have sensitive scalp and yet, just over a month later, my head is so itchy it’s driving me mad. To the point I thought I might have nits!

Thankfully, it’s not that (although like many mums, I have had them!) and while I was at my local hairdresser she told me that she is seeing so many people at the moment with dry and itchy scalps. So, it’s not just me. But, it’s the first time it’s ever happened (aside from the nits) and I don’t like it at all. It’s not so bad that I think it’s anything more than having the central heating on and wearing a woolly hat a lot (which I’ve reluctantly stopped wearing as often and it has helped) combined with colder weather. So, this little bottle of soothing scalp essence is sitting on my desk and working an absolute treat with taking the urgency out of itching when it strikes, particularly at the back of my head. I’ve also been using the shampoo and conditioner and there is improvement in the level of itch. Annoyingly and for no clear reason, the essence is only available at the moment as part of the £45 kit (although 20% off takes some of the sting out) HERE, non affiliate HERE. Given that I feel the shampoo and conditioner is also helping perhaps it’s not so bad.

The formula uses frankincense extract (no fragrance) but I think that the brand’s patented LaH6 is doing the hard work in balancing the scalp’s pH and calming things down.