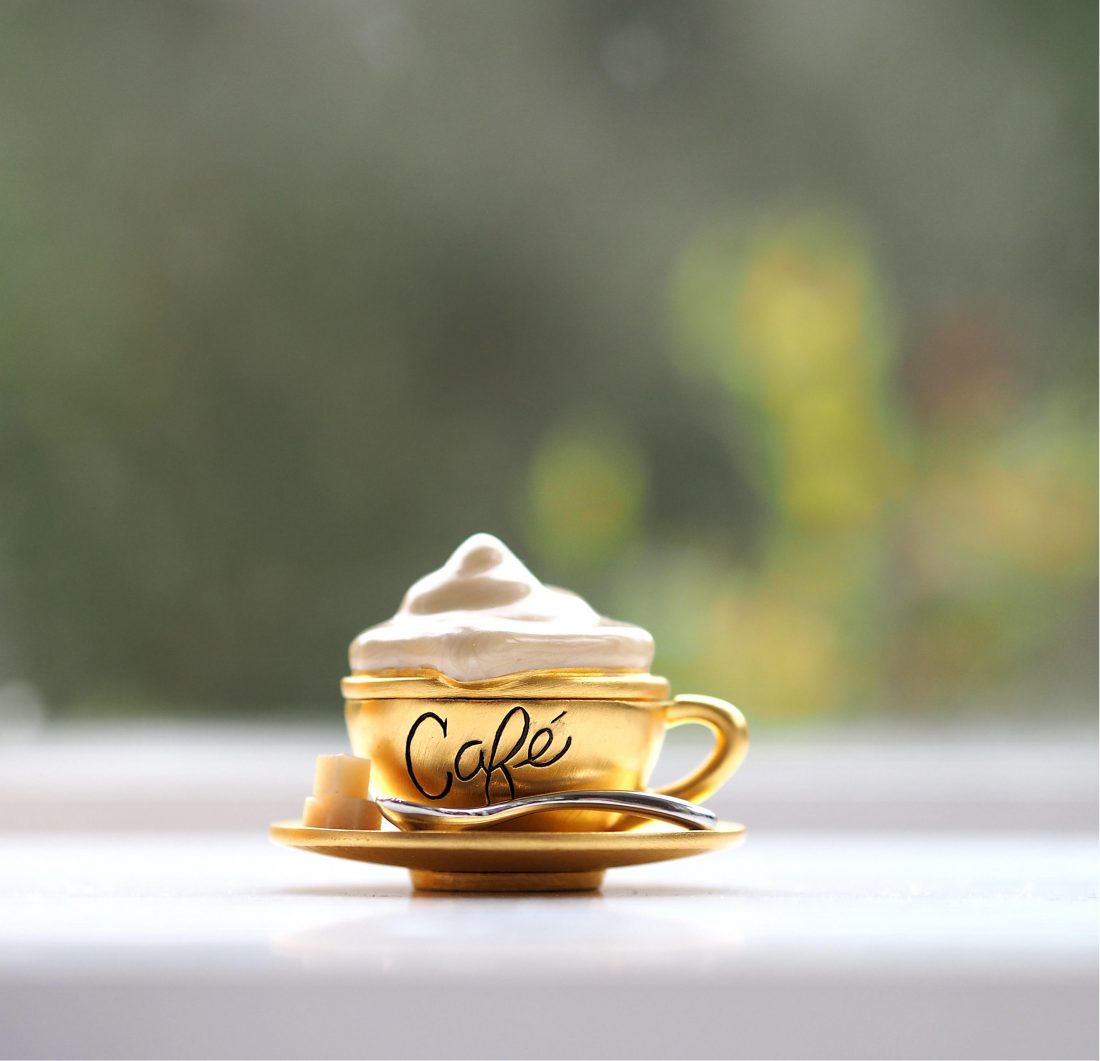 Since 1967, Estee Lauder produced an annual series of decorative compact fragrances and powders which amounts to hundreds and hundreds of different designs that are still highly collectable. I have a book, written by Roselyn Gerson that details many of them between 1967 to 2001, published in 2001, and it’s the only book I know of that documents the fragrances. Because I’m a natural collector of things, especially beauty things, I’ve been collecting these since about the late 90’s although it’s a very long time since I’ve bought anything.

Because the powder compacts and fragrances were so popular, for a little while – in the 1970s – Estee Lauder produced solid fragrance pendants – shells, acorns and pears for example, jewelled and enamelled. If you like the idea of collecting, an arm of Estee Lauder collectables is the gifts that the company produced for sales meetings – scarves and key-rings mainly. Above is one of my absolute favourites – a coffee cup from 1999 containing the fragrance Beautiful.

Birds are a continuing theme throughout the years. This birdbath is from 2001 containing Pleasures but isn’t a patch on the subsequent Jay Strongwater bird baths. Jay is an enamel and jewellery artist who worked for many years with the brand – he found his way to fame through creating jewellery pieces for Oscar de la Renta although his early works were intricately decorated picture frames. Most designs, however, were conceived in-house.

I met Jay at Harrods when I was writing for Metro although I really can’t fully remember the year (2010 perhaps) at a Christmas In July event as Harrods always carried the Christmas collection with special ‘Harrods’ limited editions produced exclusively for the store. Because I haven’t bought anything for a long time, it looks like Jay no longer has an arrangement with Estee Lauder, but since 2017 they’ve worked with the jeweller Monica Rich Kosann. It’s a good job I didn’t know that prior to writing this because they are amazing – I’ll drop some pictures at the bottom of the post – and I’d have blown my budget totally on them.

This cherry is another of my favourites – again from 2011 and containing the Beautiful fragrance.

At some point between 1999 and 2001 the brand started to incorporate dates into the designs – my coffee cup doesn’t have one but the birdbath and the cherry both do. In 2000, realising that their compacts – both powder and fragrance – were becoming highly collectable in the USA, Estee Lauder teamed with Neiman Marcus to introduce The Estee Lauder Travelling Solid Perfume Museum, which travelled across stores in America hosting lunches for collectors. For that event, a handful of real gold and diamond pendants were issued – for £2,500 each.

As you can see, the fragrances are all still in tact, if rather discoloured. Discolouration happens because the solid perfumes don’t contain alcohol although I can guarantee that they very much still hold their scent if not perhaps as powerfully as they once would. Having done a thorough search on-line, it looks like Estee Lauder isn’t producing compact fragrances at the level they once were – I’ve got a couple of ‘hats’ which I am sure were from Easter collections – but I’m going to see if I can check for the next post.

As promised, one of the Monica Rich Kosann designs (image credit: monicarichkossan.com) – how I would have loved to get my hands on that! I think perhaps I have three or four most posts to do on this same subject so I’ll have plenty of additional information as time goes on. I have my boxes of beauty ‘treasures’ so I’ll just pick something each day to tell you about.