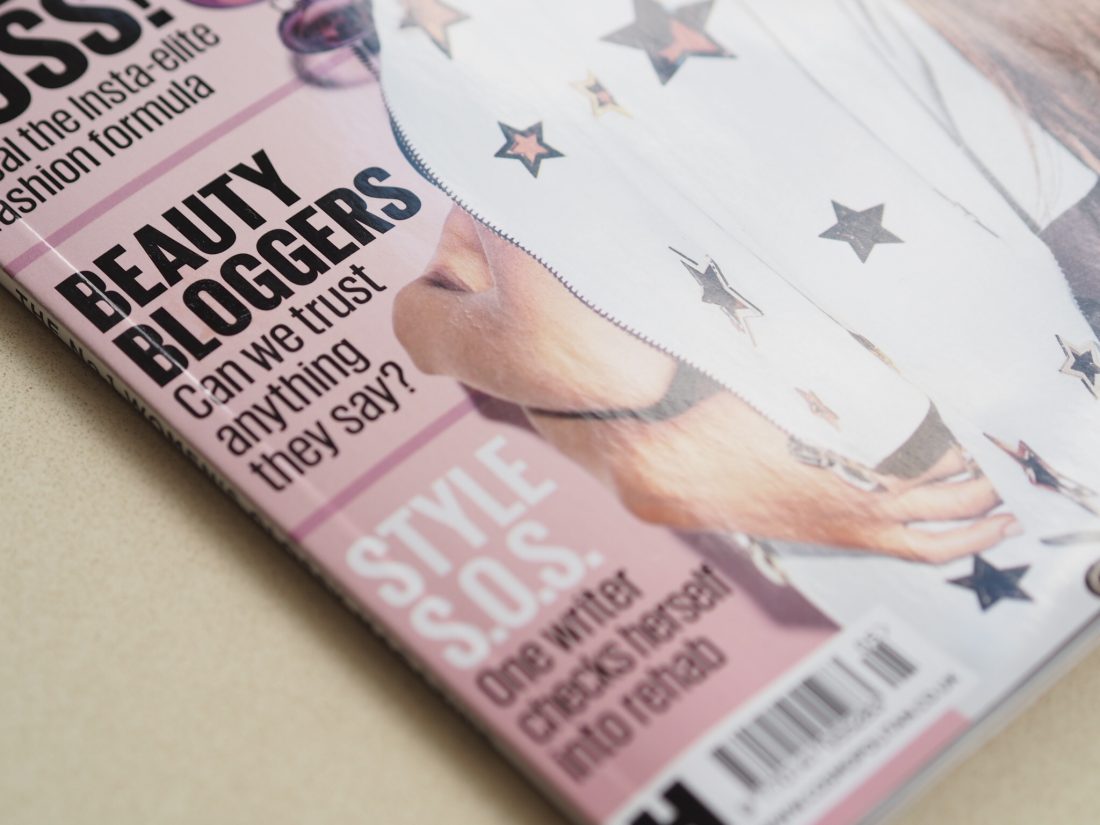 Seeing: The Miser. I notice that the newspaper reviews have been rather scathing about this reworking of Moliere’s original play. They’re worried that amongst all the humour the wider message has been lost. If you’re really not worried about self-improvement while you’re having a jolly good laugh, this play is all of the funny. I can’t even pretend that I know any of Moliere’s works, and my life has been no worse for the lack of it, so for a grand two hours of amusement, it was awesome! Gryff Rhees Jones plays the miserly father of two money-oriented children, eager to marry them off so he can be rid of the expense. Lee Mack plays narrator and wears a multitude of hats (literally), but the star of the show is Ryan Gage as foppish son, Cléante. If you’re going to worry that Moliere has been ruined, stay home, because by all accounts, it has. 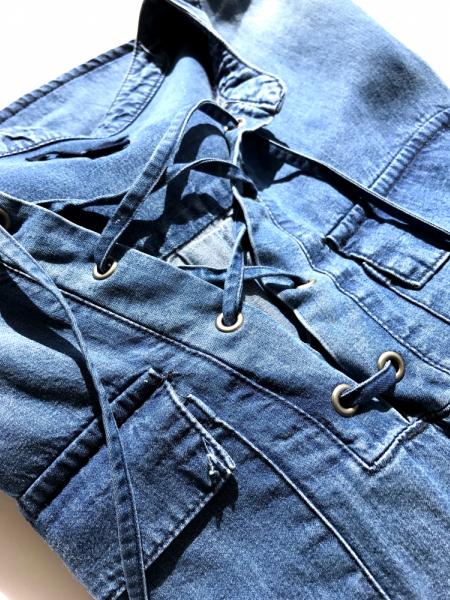 Buying: GAP Outlet Denim. It’s a long time since I wore anything denim other than jeans which I virtually live in. I live near a GAP outlet so picked up this denim/tencel shirt for about £20 I think but while looking on line for a link (can’t find one other than in the US – they do ship, I think but beware of taxes HERE) I noticed a 70% off sale if you need to stock up on T Shirts, AND that there is a limited selection of Banana Republic (HERE). I miss that store I have to admit.

Watching: Bordertown. If you’re missing your fix of Scandi-Noir, Netflix has just released a great series – Bordertown, which is Finnish. Although it has all the hallmarks of a dark Scandi, it is a little bit lighter than some I’ve seen and to be honest, better for it. Set in a small Finnish town near the border of Russia (learned some geography there!), Detective Kari Sorjonen solves crime through a photographic memory and piecing together scenes, rather than bodies. 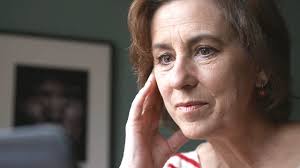 Reading: Kirsty Wark on The Menopause. This is a great feature in the Guardian as a precursor to a BBC series called Menopause And Me, starting on Thursday. Bearing in mind that women usually live a third of their lives as menopausal or post menopause, it’s very relevant to thousands of women. Probably a good educational watch for men, too, if you can stop them disappearing down the back of the sofa with discomfort. I notice that if you breeze through the menopause, you’re allowed to say so, and if you don’t, you’re not. Memory and brain fog are almost never discussed, in favour of the more obvious symptom of hot flushes, but as someone who ended up in Essex on Sunday trying to get to home to south east London on a journey I’ve done over 100 times, I can tell you, it’s the very worst thing for some. Also to note, the programme will talk about a new drug trial being done to alleviate hot flushes.

Researching: Instagram Pods. The internet is very antsy at the moment – lots of calling out of buying followers and generally cheating at social media. If you’re really determined to cheat, there is every tool to do so, from bot commenters and likers to fake follower for sale by the hundredweight. Quite rightly, those that never use tools and prefer to do the graft (because, let me tell you, Instagram IS graft) mind enormously about the cheaters. So, very long back in the day, before ‘bots’ were a thing, I used a bot commenter for a few days. It was one of the most mortifying things ever (and it was well before they were frowned upon: they’d only just begun and it looked like a handy tool). You only have the option for one generic comment to be scattered around (this might have changed now, I don’t really know), so, ‘nice style’ or ‘stunning shot’ or similar so you only ever say the same thing. Highly, highly inappropriate if someone is showing their last ever picture of their recently departed cat, so I deleted it in favour of leaving relevant and more importantly, appropriate comments, personally. Pods work by members (up to 15) committing to commenting on other pod member’s Instagram posts. Initially, they were conceived to beat the Instagram algorithm which favours posts which are getting activity. If you are in the Instagram no-man’s land where it favours selfies above all else and then literally who knows what afterwards, and also chooses who can see what you post as well as who and what you can see, you can understand why pods are reassuring. Opinion is divided on whether pods are ‘cheating’. I’m in a pod – and have been for a couple of months or so. It’s made very little difference to the number of likes or whatever, but what it has done is opened my eyes to accounts I would otherwise not know about and to get to know pod members better. When you’re in the world of one as many bloggers are, it acts as a support group, ideas generator and problem solver. There’s absolutely no secrecy involved: if you look, it’s easy to spot because same people leaving comments and questions. And, even if you wanted to, you can’t hide that. I’ve no reason to hide it and don’t. But, I think detractors feel there is something secretive about them. Instagram decides who sees your pictures, but if you’re in a pod, you can send your pictures through to members so at least you have some control over your own work. Instagram changed their algorithm in 2016 and introduced a non-chronological feed and pretty much ruined everything by becoming judge and jury on what is ‘engaging’ content and what isn’t. Since it’s all bot and algorithm driven, there is literally no human touch: the very thing that social is supposed to be.  I don’t know whether pods really work to fool the algorithm: it’s not my experience that they do, but everything else about them is benchmark social – interacting, commenting and connecting.

Raising A Brow At: Beauty Bloggers, Can We Trust Anything They Say? in Cosmpolitan Magazine. This is pretty standard Cosmo play to be honest – see a trend, jump all over it, click bait it to death (i.e. The Cosmo Blog Awards) and then trash it when it’s no longer useful. Most of the beauty editors I know are absolutely delightful with a handful of exceptions, I should just say. The Cosmo author is making the point that influencers aren’t qualified to dole out skin care advice. It’s absolutely true, very few are qualified in any skin care exams or science degrees but they’re all qualified at life, at what they use and what works for them and I do not know a single influencer pretending to be qualified unless they actually are. Not a single one. So, the backdrop to this is that it must have come up at an ideas meeting, been wrangled around with a fair bit for angles and then agreed upon as a jolly good feature idea by multiple people. The same people, no doubt, who saw the trend for influencers and decided to cash in good and proper by offering out awards. There’s a quote in the feature from someone who tried to cure her eczema via Pinterest ideas. I’d suggest that when you literally have the whole of Google at your fingertips, that Pinterest was never going to be the best source for this and if you cannot Google the Eczema Society (HERE) on your own then the internet will never be your friend.  You can’t force people to have common sense but they do make a jolly good quote for a magazine. Apparently. The author of the feature watched ‘endless YT videos for this feature and was left really confused and cross…’. Much the same then as the dwindling number of magazine readers who have to put up with one line ‘expert’ recommendations such as this: “DHC Quick Film Smoother. Makes skin feel smooth as a baby’s bum.” Useful. I also note that Cosmo carries small ads at the back of the mag for Mediums, Tarot Readers and Psychics which makes me feel confused and cross because it’s referring readers to unreliable, unauthenticated and misleading … oh, wait… 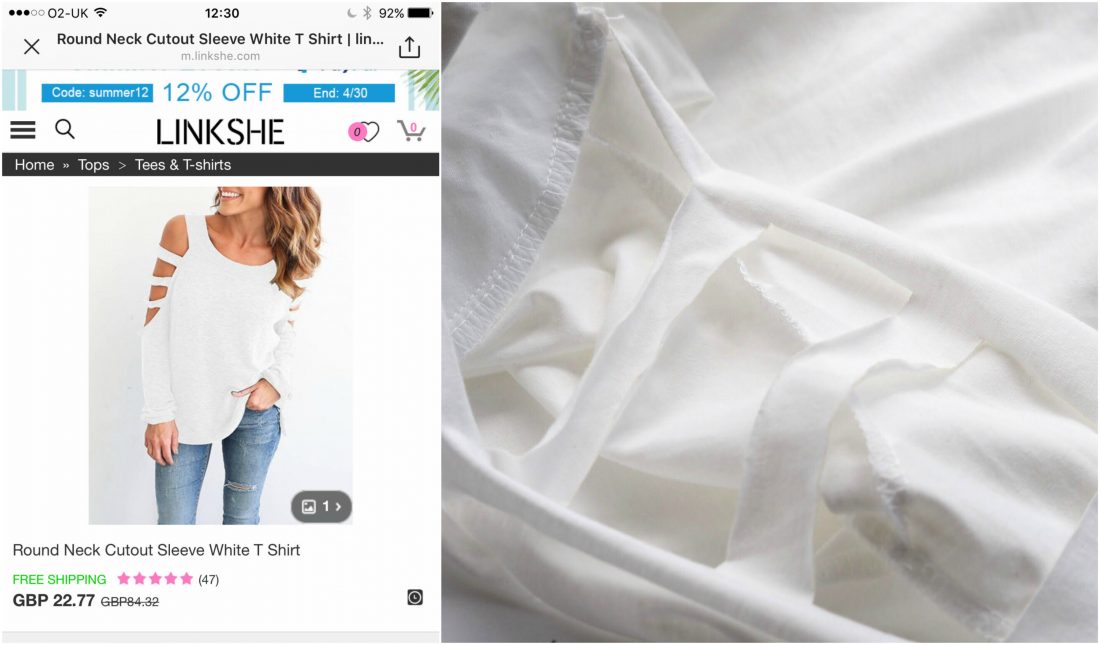 Learning First Hand About: Rip Off Fashion Sites. I honestly cannot believe I fell for this – this same site, LinkShe, kept popping up in my Facebook Feed and eventually I decided I’d go for one of the cold shoulder tops. I’ve seen all the BuzzFeeds about ‘What I Ordered vs What I Got’ so I should have known better (but in my defence I have used a Chinese site before and been very pleased with what I got). I actually wasn’t too surprised to get something that bore no resemblance whatsoever to the actual picture. There are no seams on the cold shoulder tabs – someone has literally snipped them out with scissors, there’s a hole for the head I’d be lucky to get an elbow through and where there are any seams, they’re chunky and wonky. I feel like I could have made it myself and I cannot sew at all. I think the thing that made me think it might be okay is the fact that it was £22 – not £3.99 or something. No matter how tempting it looks, don’t bother!