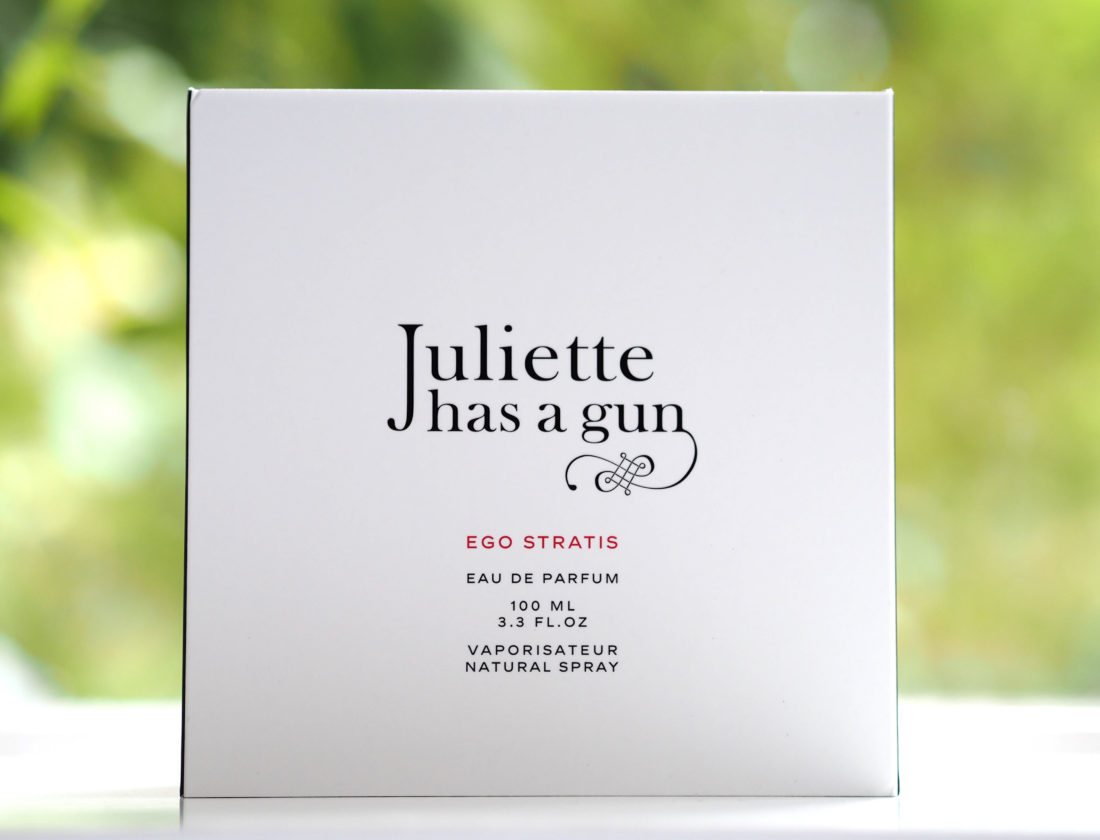 [unpaid/sample/affiliate/ad] If you want a fragrance that’s both bright and moody, you have it in Juliette Has A Gun Ego Stratis. It’s a long while since I’ve reviewed this brand but have very fond memories of meeting the founder, Romano Ricci, who was the best of fun (I’m questioning whether it was a fever dream because for some unknown reason I had a Karl Lagerfeld doll with me and they were both dressed the same which caused amusement other than for the PR who looked slightly panicky). Romano is the great-grandson of Nina Ricci so he has fragrance in his DNA.

I think the first thing you’ll notice about Ego Stratis is its affiliation to cologne. It has that sharp and zesty beginning that feels masculine and almost sporty. Right from the beginning, Romano was an advocate of synthetic notes – in this case, it’s Calone, developed to replicate ozonic, watery notes and amplify aspects of the fragrance. So, before you get to the base of this perfume, it’s already playing tricks by being sharp and zesty then sea watery and fruity (peach and blueberry).

The catnip note is Ambroxin – a substitute for Ambergris taken from clary sage molecules – that gives the merest animalic hint but is the note that will probably get people around asking what you’re wearing.

It sits alongside musk and cedar which to my nose gives Ego Stratis a smoky aspect to add into the mix. So, Ego Stratis is zesty, fruity, smoky, ozonic, floral and animalic and yet comes nowhere near to the over-do that it sounds. You need some time to let this sit on the skin and reveal itself – it’s quirky (who puts blueberries with cedar?), it’s seductive and it’s rather mesmeric. Ego Stratis is £90 at John Lewis HERE.