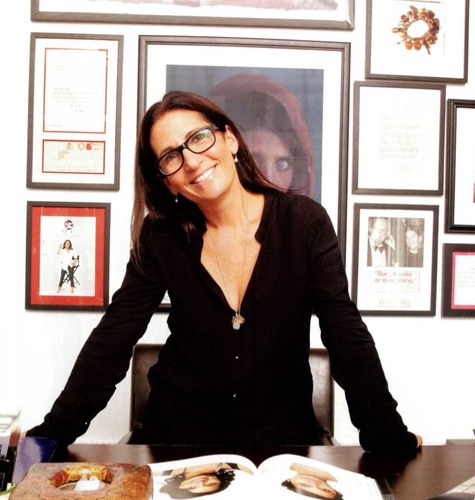 In a recent interview with the New York Post, Bobbi Brown has a pop at the contouring craze, saying it looks like dirt on the face. She’s also not that keen on Botox because women are ‘supposed to have lines as they get older’. Lip fillers and plumpers get the Bobbi no-no as well.

I don’t contour because I quite honestly can’t be bothered; regular readers will know that I’m no stranger to a little light Botox or filler and while I agree with what I think the sentiment is supposed to be (be comfortable with who you are), I’m not sure it’s any better telling women what not to do than it is telling them what to do. If you go to a Bobbi Brown counter anywhere and ask questions, nine times out of ten you’ll be given an answer that starts with, ‘Bobbi says…’. Because, Bobbi does like to say a lot.

I’ve met Bobbi Brown – she’s pretty awesome and I get the impression that she really does champion older women, but (assuming she hasn’t been wildly misquoted) why then on the Bobbi Brown website, are we flooded with make up tutorials on younger women, when she is so keen to dictate how older women should look?

When I was writing for print, I was full of misconceptions about how older women should look – I literally was that journalist that wrote nonsense such as ‘fill your deep lines and wrinkles’, and ‘how to look ten years younger’. Bobbi is perfectly correct that a completely taut and wrinkle free face for an older woman does look out of place, but quite frankly, if that’s your thing, it’s your business. Being made to feel that you somehow have to look younger than your years – that’s another thing altogether and it’s what the beauty industry does best; pointing out your ‘problems’ to sell you a solution. Actually, if you have creases on your face, you don’t have a problem. Other people who make their thoughts known about your face in anything other than a complimentary way are the ones with the problem.

In some recent research for a print feature I was (anonymously) writing, I was asked to find a place in history when grey hair was revered. No such time exists. And if you’re thinking of the white wigs of the French Courts, they were powdered bright white to cover a multitude of sins and not powdered to look grey.

When I bring together all the words there are to describe older women, I can gather old, grey, sagging, drooping, jowelly, wrinkled, mature, crow’s feet, dull and so on, but nothing in the way of single word descriptions that address the beauty of older women.

It’s all very well for a ‘Bobbi says’ lecture, but embracing ageing isn’t something that comes easily to many women – you have to kind of grow into it. Beauty is so complicatedly tied to emotion and feelings of self worth and it’s not women that need to change, it’s the external influences that tries to convince them to be rid them of all their natural signs of ageing. Bobbi is a great one for a ‘fresh’ look as well as ‘perfect lips’, ‘glowing skin’ and signed the then 23 year old Kate Upton as a ‘spokesperson’ in 2014. I will say when it comes to skincare, Bobbi Brown is one of only a handful that doesn’t use the term, ‘anti-ageing’ in any obvious way. In many cases right now, I’m seeing a big change in attitude from skincare brands towards how they speak to their older consumers, but nine times out of ten while the attitude is different, the packaging has yet to catch up and is still touting the old lines, wrinkles and anti-ageing nonsense.

Bobbi Brown is a contradiction really – she is an older woman with a make up range that visually targets younger women first and foremost; on the one hand she says she’s not about changing your features on your face and yet on the other hand she’s quite happy to sign off on quotes such as “concealers are like undergarments. They make you feel taller and thinner”.. erm, as if taller and thinner is better. Argh! Bobbi does talk about make up for older women in her books – and she steers clear of finding fault, that’s true, but personally, I don’t think I need a list of Bobbi don’ts when it comes to how women look after their faces.
If you like to contour your cheekbones into wings of steel, if a bit of botox makes you feel happy, or if some filler puts a smile on your face, it’s nobody’s business but yours. It’s not what you do, it’s why, and so many women are perfectly able to be in control of the why. The more confident you feel in your own beauty decisions, the less you need to look to anyone else to quantify or approve them.